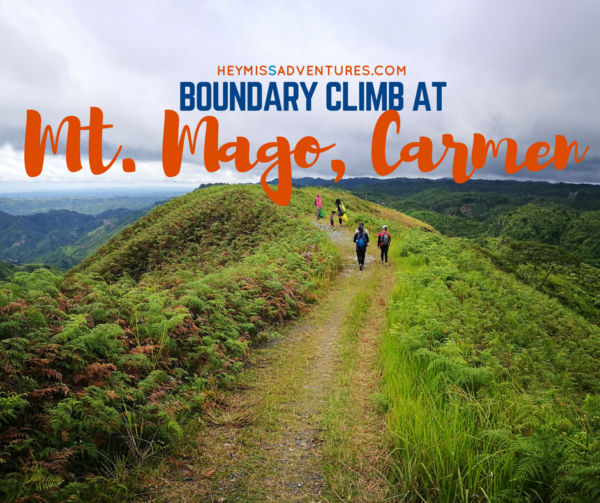 We would have climbed Mount Mago about a year ago (I think) when a local outdoors shop organized a climb going there.

However, we decided not to go for many reasons:

But, a few months ago, someone contacted us over at the blog’s Facebook page and was interested with what we were exactly doing, which is climbing with kids (very rare) and she was also not from the Philippines (even rarer).

She invited us over at her house, we went camping at Sirao Peak with her 3-year-old then-non-English-speaking son and hiking at Mt. Babag as well. I’d like to say we were a match made in heaven.

After not seeing each other for nearly two months (Mindanao trip plus adult obligations), we were finally able to set a schedule for a climb. I guess that’s simply what we do when we meet, huh?

She works at a local company though and have made friends with other outdoorsy people there so we basically tagged along with their group this time around.

We would have gone to Mount Manunggal and Mount Mauyog but having lived an even more sedentary lifestyle than I normally do the past year, I was scared for my lungs, my thighs and my knees. I greeted the year with a descent from Sirao Peak with tears falling down my face; I fell twice on my own because my knees were failing me after a whole day of hiking.

So let’s go back to the topic…

The plan was to get out of Cebu City at around 5:30AM but, as Filipinos, this easily became 6AM. Yes, Helen, our friend has learned this Filipino habit already. Haha!

It was also a rather weird trip because even though we previously endured a 14-hour snaky bus ride from Cateel to Surigao City last October, the daughter threw up on the bus (for the first time!!!) after just 30 minutes of boarding. Oh well, there’s always a first.

From the North Bus Terminal to Carmen Public Market, it is a 1- to 2-hour bus ride. 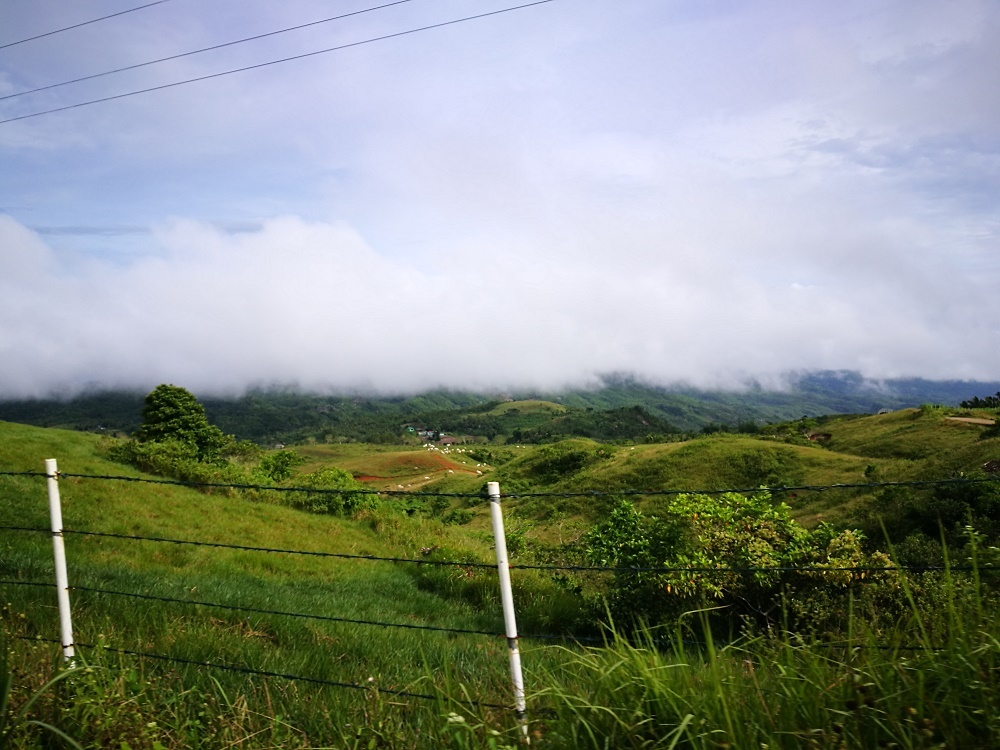 We weren’t quite prepared for the next phase of the journey. The habal-habal ride from the public market to the jump-off point (I forgot the name of the barangay lol) takes around 45 minutes to an hour, depending on how good your driver is. 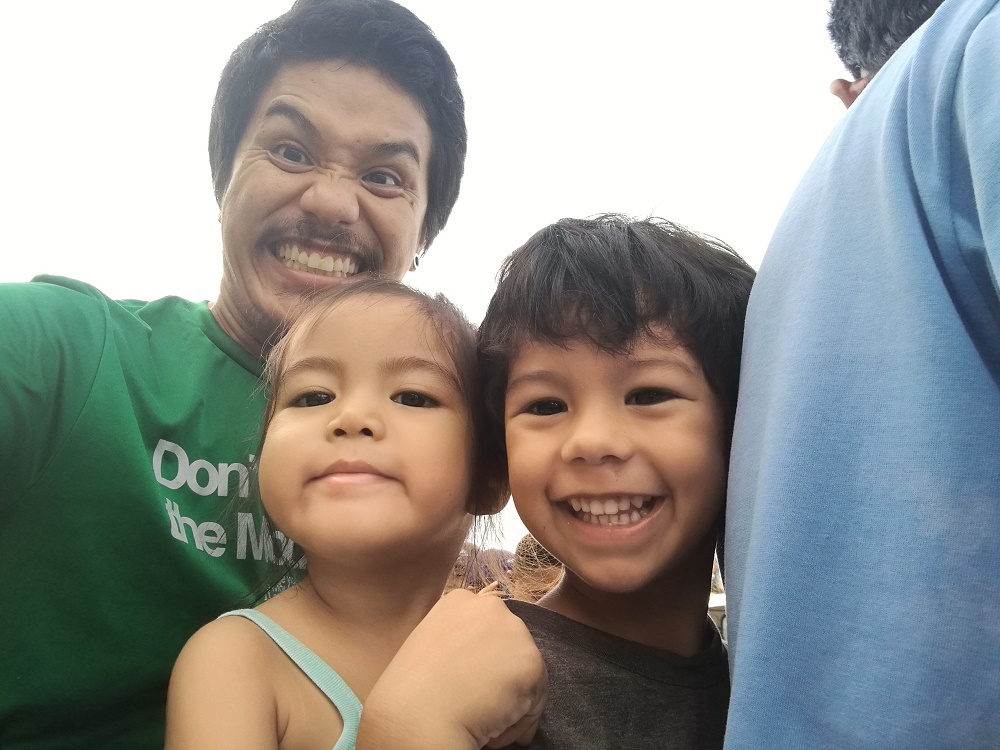 We went there the day after it rained in the area. The road was extremely muddy and slippery (and nerve wracking) that I just kept closing my eyes many times and hoped for the best things. Think happy thoughts, they say.

Along the way, we saw the huge property of MLhuillier. They had several numbers of poultry and, later on, a huge lot with horses and cows and many more. They will be opening a safari sometime next year and, if the story wasn’t exaggerated, it is said that the only animals not yet in the area are elephants.

Now, on with the story…

We finally got to their Barangay Hall but couldn’t register ourselves because no one was around as it was a Sunday. We trudged on with our journey and talked to two grade school kids who served as our guides for ₱20 each. (We gave them ₱50 each in the end and our companions also gave them a bit more so it was an early Christmas gift of sorts.) 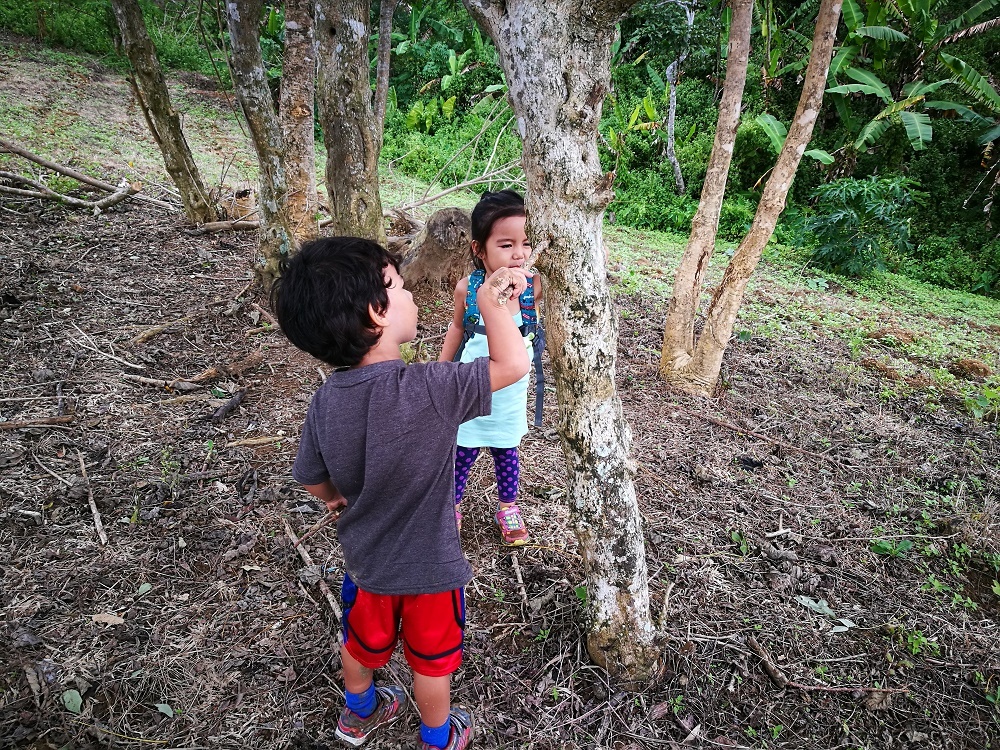 The trail was beautiful and breathtaking (and also very muddy at the time). I seriously thought I would have a hard time but we managed to make it to the top in two hours despite the kids (mostly our daughter) stopping by to touch every makahiya she sees. 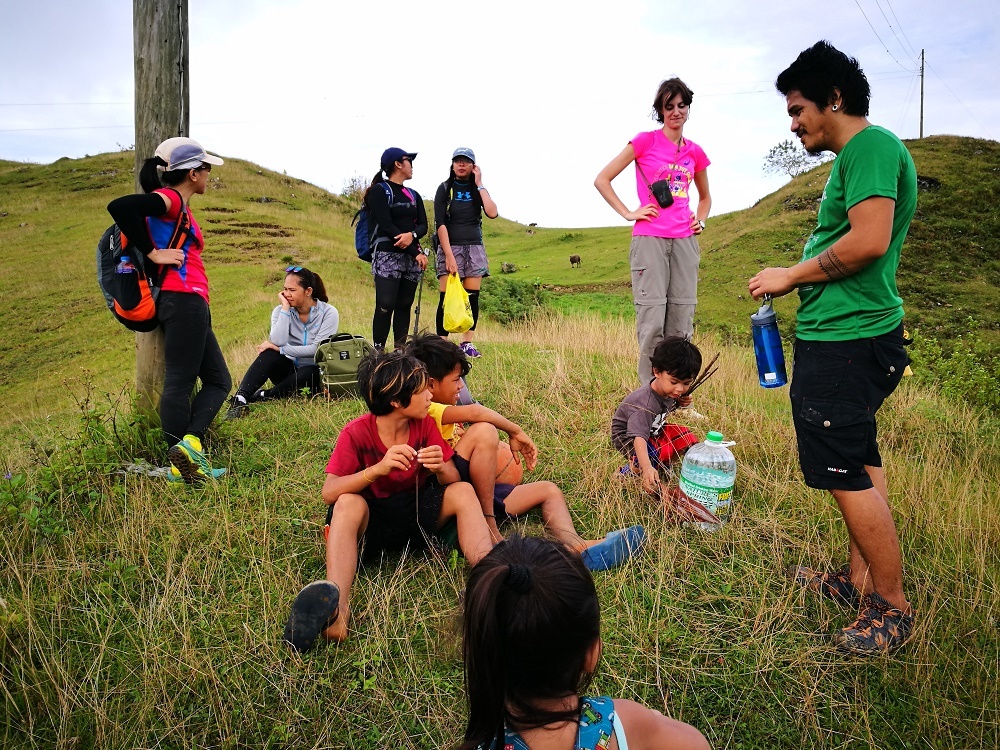 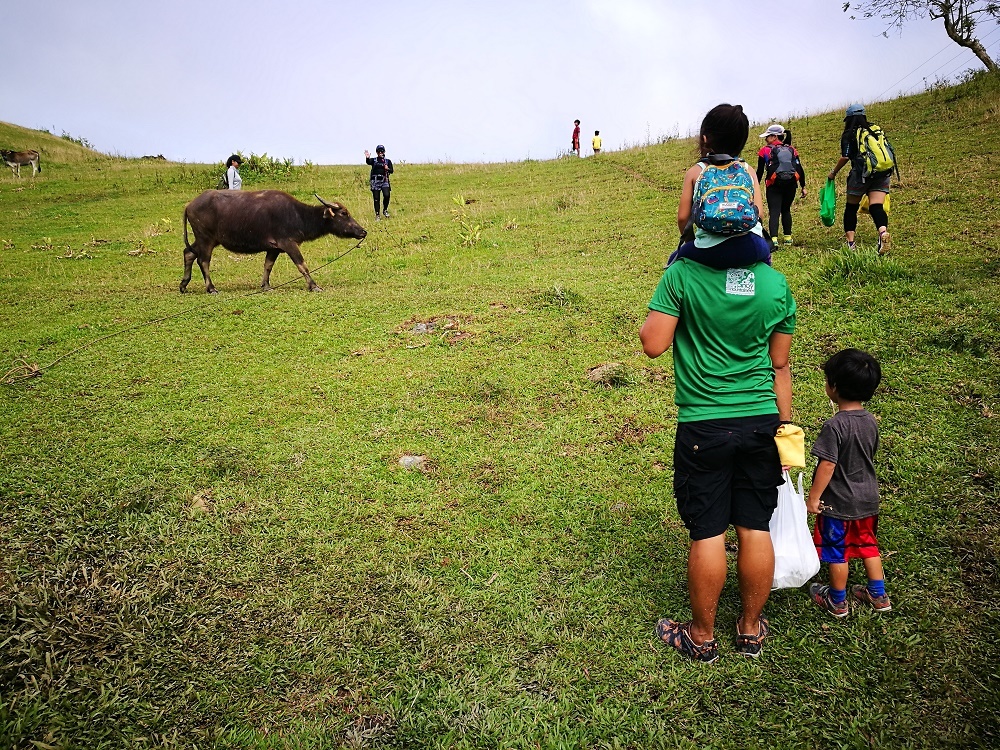 The trail we took was an open one so we were quite happy that it was overcast that day. Not too hot but not raining either. There was a mixture of ascents and descents and I think we may have passed about 10 or even more small hills/mountains, going up and down along the way. 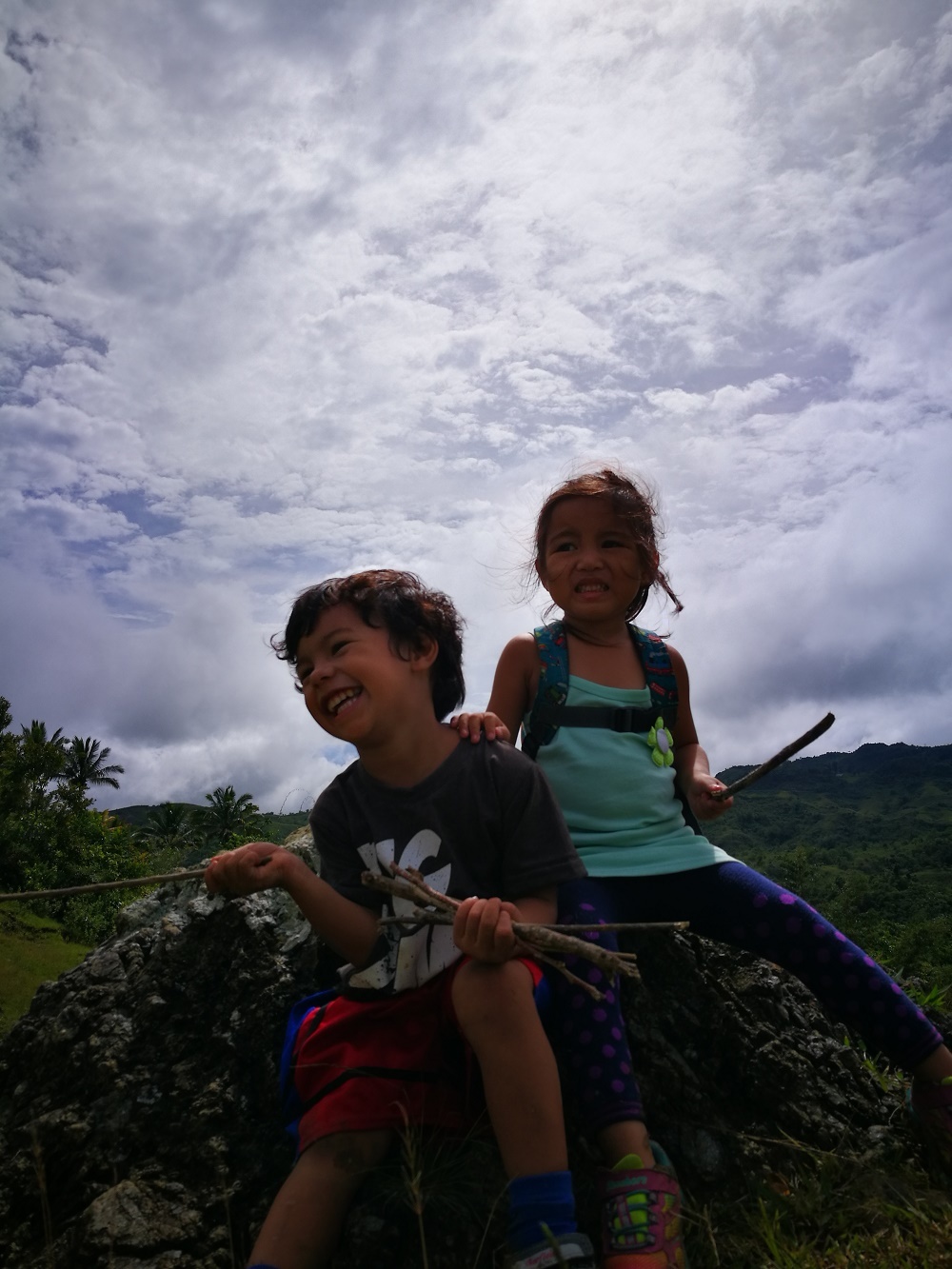 For someone who has not been walking for a loooong time, it was a great hike. Not too difficult but not too easy, either. The three of us did manage to finish all 6L of water. Can you imagine?

We ate our lunch at the top where there was a small tree. Our companions brought along a fly sheet that we made into a roof while we ate under. Lechon manok, liempo and water never tasted that good. And it was well-deserved, too! 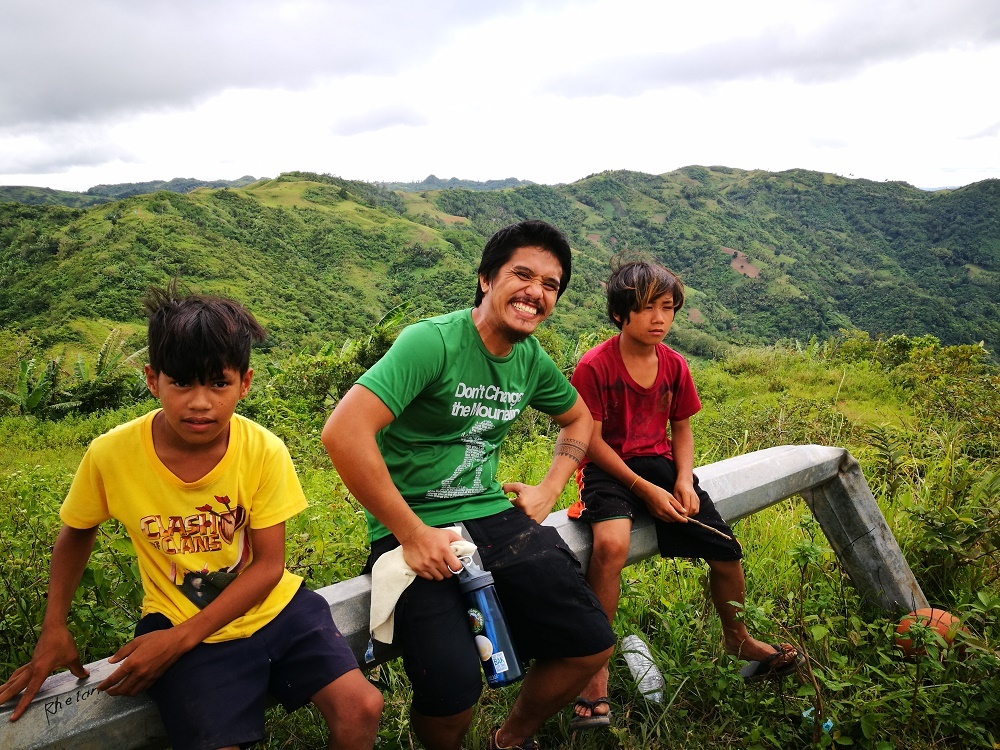 What is awesome about Mount Mago is that it is located at the boundary of three towns namely Carmen, Danao and Tuburan. Isn’t it awesome to be standing at not just two but three places at the same time? 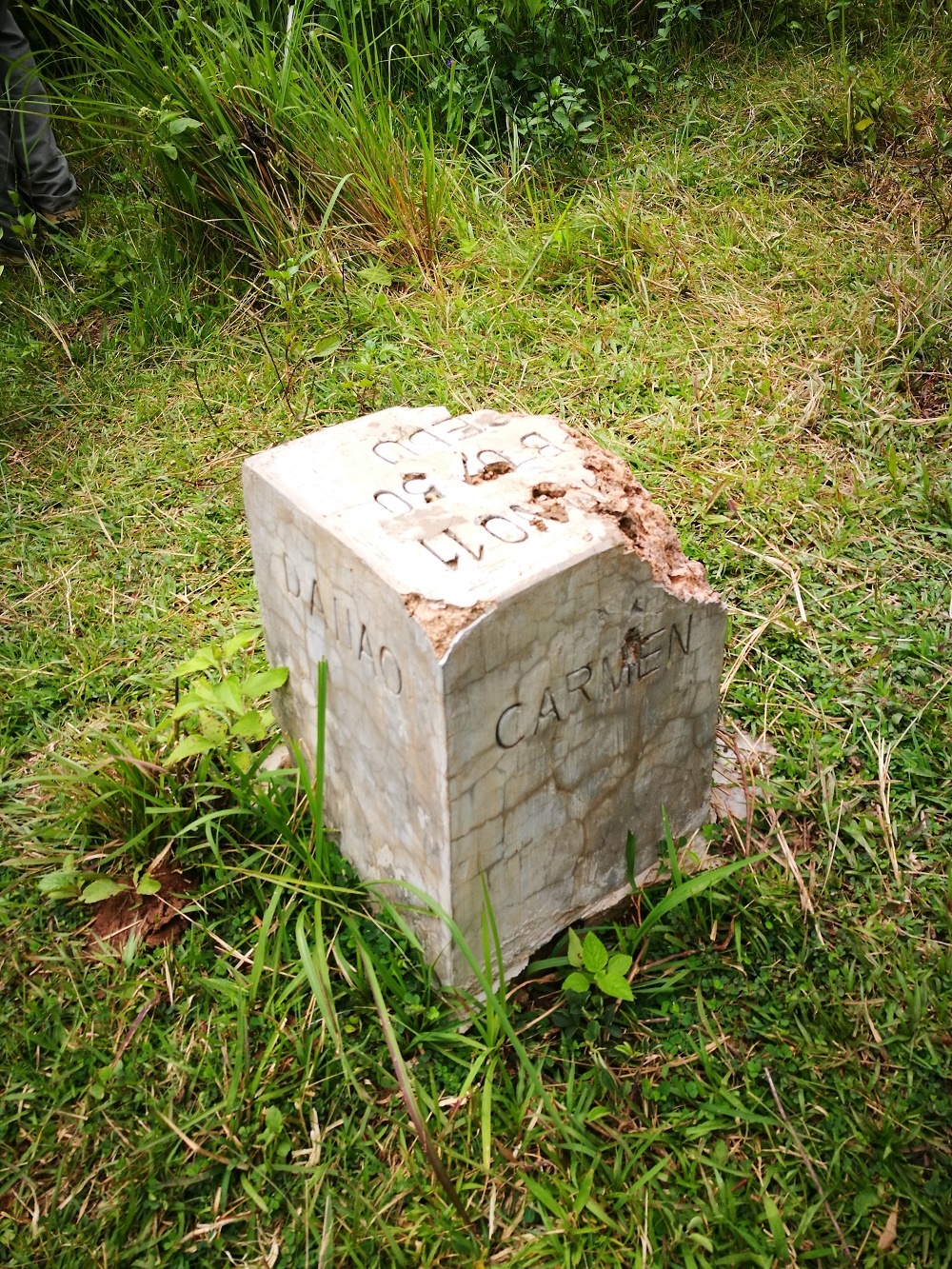 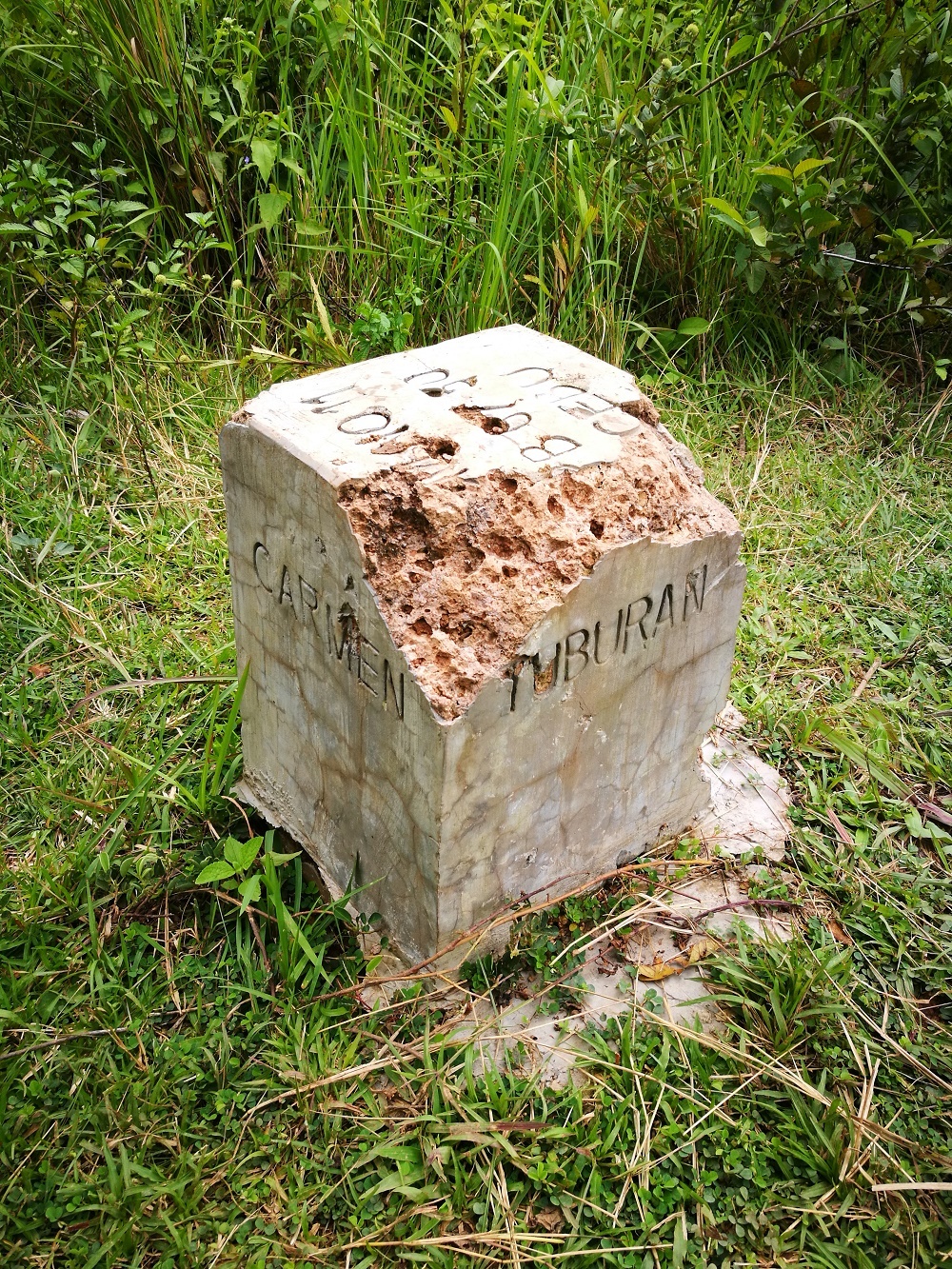 On our way down, we took a slightly different trail which was flatter but probably muddier. We would have wanted to stop by the nearby springs and falls but considering the habal-habal ride, we figured out we wouldn’t be able to make it there much earlier. Stingy people want to maximize their entrance fees and cottage rentals. Hahaha!

Unfortunately for us, the bus ride home got us caught in moderate traffic and my bladder was about to break! We managed to eat early dinner before going home but I forgot to take a leak so don’t forget these two before you go home from Carmen or anywhere around these areas. Actually, make that from any point to any point in Cebu. 🙂 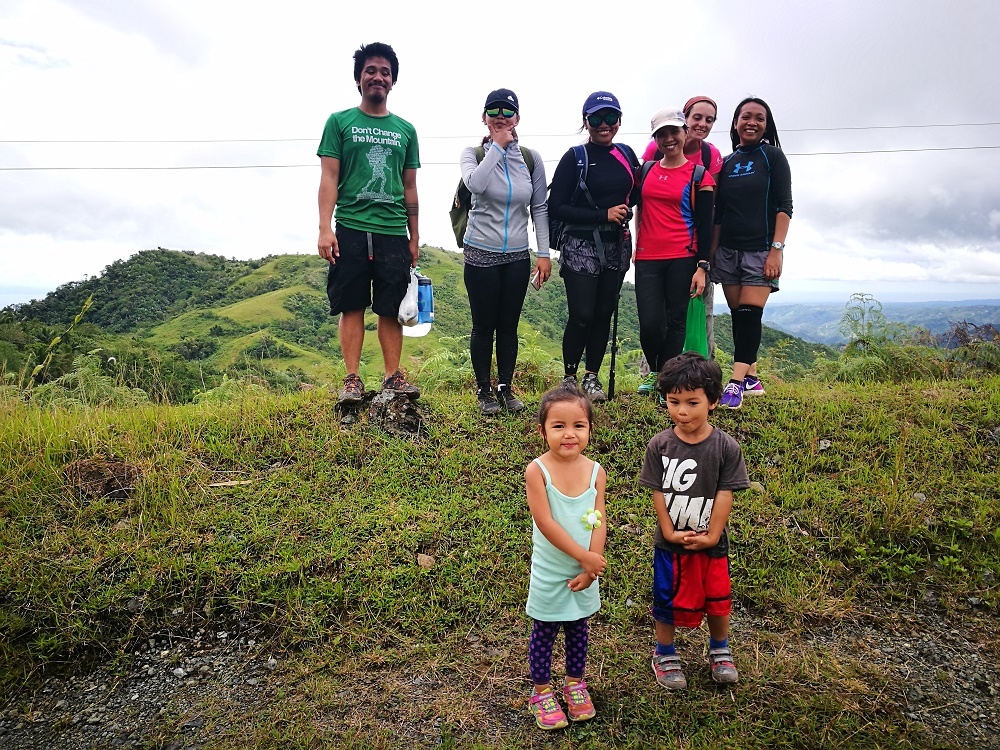 Ahhh…I think I really should go back to watching what I eat and exercising. My friends are forcing me to go on a major climb next month but I don’t think we can make it physically and financially by then. We do have something huge planned for March and we sure hope things will go as planned.